Dexter: New Blood Is A Fresh Start For Our Favorite Anti-Hero [Beginning of Season Review]

Before I start, I would like to give a spoiler warning. If you haven’t seen Dexter I would highly suggest doing it right now. It’s available on Amazon Prime Video, […]

Ghostbusters: Afterlife Has Great Moments, But Also Has Frustrating Problems

Ghostbusters (1984) is a stone cold classic by an measure. It’s one of the most quoted comedies of the last 40 years. So I understand the attempts to extend the […]

Andrew Garfield Is Amazing In “tick, tick…BOOM!”, A Marvelous Movie That Hits The Right Notes

Jonathan Larson is a name any theater geek will recognize. The man who created the iconic Broadway musical Rent has inspired many, one of whom is Lin-Manuel Miranda. Obviously Miranda […] 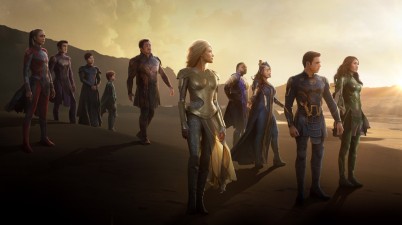 The Marvel Cinematic Universe is one of the most successful franchises of all time. By now, I’d be stunned if anyone who likes movies hasn’t seen at least one or […]